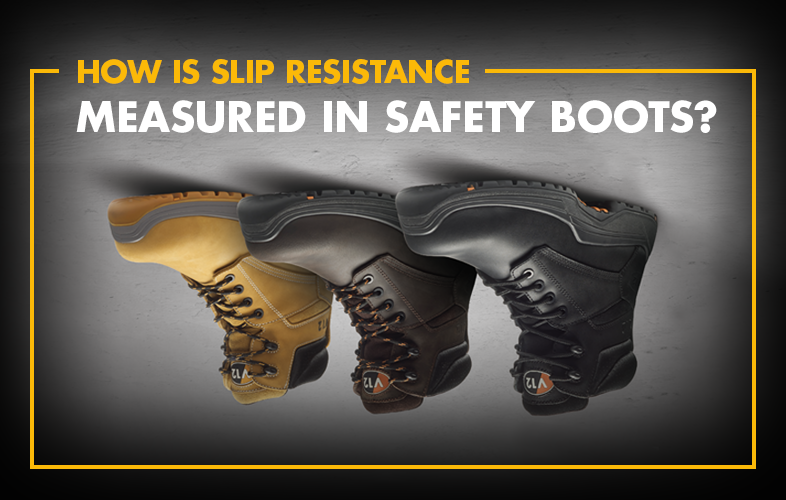 How is slip resistance measured in safety boots?

HSL, SRA, SRB and SRC are terms you've probably heard and read a lot about in the safety industry. And while you probably know that they are related to grip and slip resistance, some of the finer details might not be so familiar or clear. But getting to know these finer points could be a big help to you at work from day to day, whether you’re out in the rain on the rails, using heavy machinery on the building site or working in a warehouse or kitchen.

And it’s important that we know about grip. Recent HSE statistics show that last year, slips, trips and falls accounted for a third of all non-fatal injuries in the workplace – a staggering 147,000 accidents in 12 months. HSE data also shows that less than 1% of occupational accidents involve toe or physical foot injuries. This data is a sobering reminder that you can put all the toe caps and midsoles and cushioning you want in a boot, but if the sole isn’t up to scratch, you could be putting yourself or your team in real danger.

In some roles, a particular SR rating might be recommended, while in others it could be a specific requirement. And now that there is more than one way to test and rate the grip of a boot, things can get a little confusing. Well here’s where we come in.

Today we’re going to give you a clear and simple guide to how slip resistance is measured, what these terms stand for, what they tell us about grip and most importantly, why you might need them as a part of your safety boot’s spec. Let’s get to grips with slip ratings first.

Put simply, a slip-resistance test is carried out to establish how good the grip is on a boot. Safety footwear is awarded a slip rating when it achieves a particular level of grip on a surface treated with a certain liquid or contaminant. This standard of grip is known as the ‘friction coefficient.’ 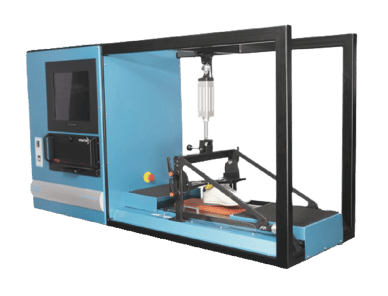 There are three slip ratings, SRA, SRB AND SRC. Footwear is given an...

The testing method and standards are changing soon: watch this space and we'll provide you with all the updates you'll need.

Having effective grip on your boots is only the first step in preventing a slip, trip or fall. According to Rob Shaw, former Falls Prevention Team lead at HSL:

“There are three main factors to consider if you want to control slips: the surface, any contamination that is on it and the footwear.”

Source: HSL’s white paper on slip resistance ‘Get a Grip.’

So as well as having good slip resistance on your footwear, you should carefully assess the surface you’re walking on and what could be on that surface to avoid slipping.

IN 2014, HSL (The Health and Safety Laboratory) developed its own slip test, the GRIP rating system, which gives boots a score of 1-5 - 5 being the best grip rating.

The HSL GRIP test goes a step further than the SRC test by factoring in what’s known as the human gait cycle, which essentially means the sequence of movements our feet make when walking. The ‘cycle’ refers to what happens between the time a foot comes into contact with the ground and when it takes its next step. Some have questioned how effective the SRC test is because it doesn’t take this gait cycle into account.

“There are concerns amongst the scientific community that this (SRC) test does not closely replicate the critical point of the walking step at which grip is lost when you slip.”

In other words, for many, testing a boot’s slip resistance without someone wearing it and walking in it doesn’t accurately replicate the circumstances where slips occur.

In the HSL GRIP test, an operator wearing the boots being tested walks across a ceramic tile platform which increases in angle until a slip occurs. It’s a rigorous process: the test is repeated a number of times so the operator can create a series of different slip angles, a second operator repeats the process, and three different pairs of the same footwear is tested to ensure accurate and representative results.

But what about the poor test operator?! Don’t worry – they wear a harness.

While participation in the scheme is voluntary and not a slip resistance requirement, it can be a very helpful rating for wearers and their employees. Because the tests are independently conducted, having a HSL GRIP rating on a boot is another way for wearers to gain information about the safety spec of their footwear, and secondly, it means that they can make a more informed choice about how this footwear's grip compares to other products on the market.

The GRIP rating is also an added benefit for managers who want reassurance that their employees have optimum protection against slippery or slick surfaces in the workplace.

Finally, many also see the HSL GRIP rating as a symbol of scientific authenticity – after all, the Health and Safety Laboratory is a world-renowned research centre for industrial safety, and a high rating carries a lot of weight.

THINGS TO CONSIDER WITH THE HSL GRIP RATING

With all this talk of grip and slip resistance, it’s easy to convince yourself that you need the highest performing grip on your boots - but this might not be the case. If you work indoors, away from water or spend a lot of time in people’s homes, it’s more than likely you won’t need a SRC sole or tread that’s been given a 4 or 5 star HSL GRIP rating. As always, thoroughly assessing your workplace risks is key.

It’s the V12 way to be constantly innovating - and our approach to sole design is no different. Working in conjunction with rubber engineers and tyre manufacturers, we developed the IGSTM (Intelligent Grip System), a highly advanced sole featuring a hex pattern for water dispersal and an angled heel strike to provide improved braking and enhanced slip prevention by increasing the sole’s contact with the ground. Afterall, the tread of a boot can only give you grip if it’s in contact with the ground. Boot’s with the IGS sole unit offer an unprecedented grip, and is the only multi-use sole on the market that can offer this level of traction.

See the IGS and its superb grip in action below

Visit our innovations page to find out more about how our footwear can offer you the best grip on the market.

Size matters - and we’re not just talking about comfort and fit here. Slips, trips and falls don’t just happen because of poor grip and contaminants – they occur when people wear poorly-fitting boots. Whether boots that are too tight create distracting discomfort, or boots that are too big mean the wearer’s feet are slipping and sliding within the footwear, badly fitting safety boots can ironically increase rather than decrease the chances of an accident.

Well, if you’re not a grip expert by now, hopefully you’ll at least be feeling a little more in the know, and a little less confused about the world of slip resistance. And however complicated the finer details of grip, soles and tread might seem, there’s one simple thing we all know is true: we don’t want to end up as a 2023 HSE statistic. And by getting your fit and grip right and assessing your surface and its contaminants properly, you’ll stay out of the slips, trips and falls stats - and firmly on your feet.

For further information on slips, trips and falls, we've written a helpful blog article which highlights more eye-opening health and safety data and provides further guidance on reducing the risk of slip-related accidents in your workplace. 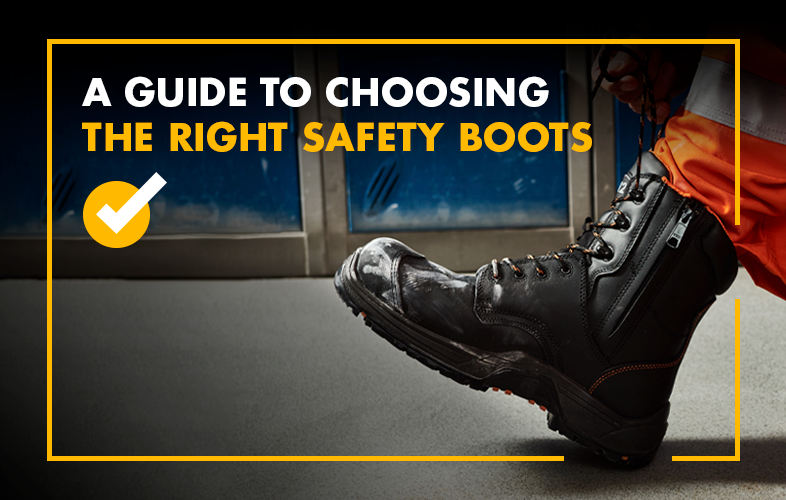 A guide to choosing the right safety boots

When it comes to choosing safety boots, there are a number of things which should inform your... 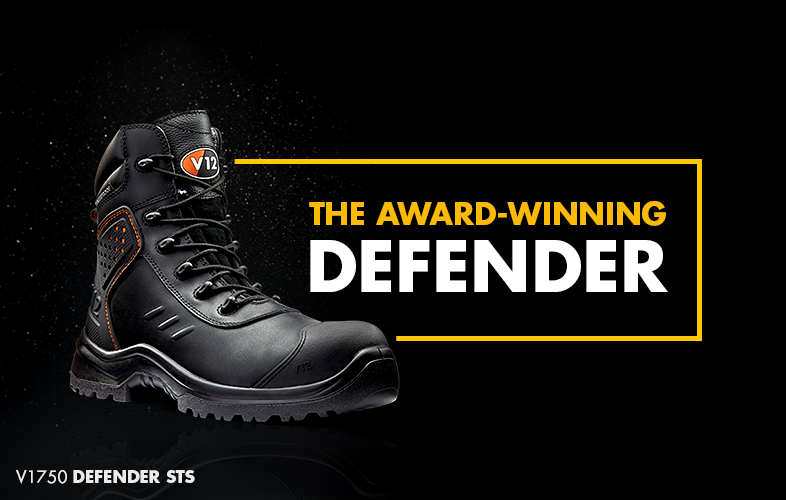 We were thrilled to win Best Innovation in Footwear for our V1750 Defender STS boot at the 2021... 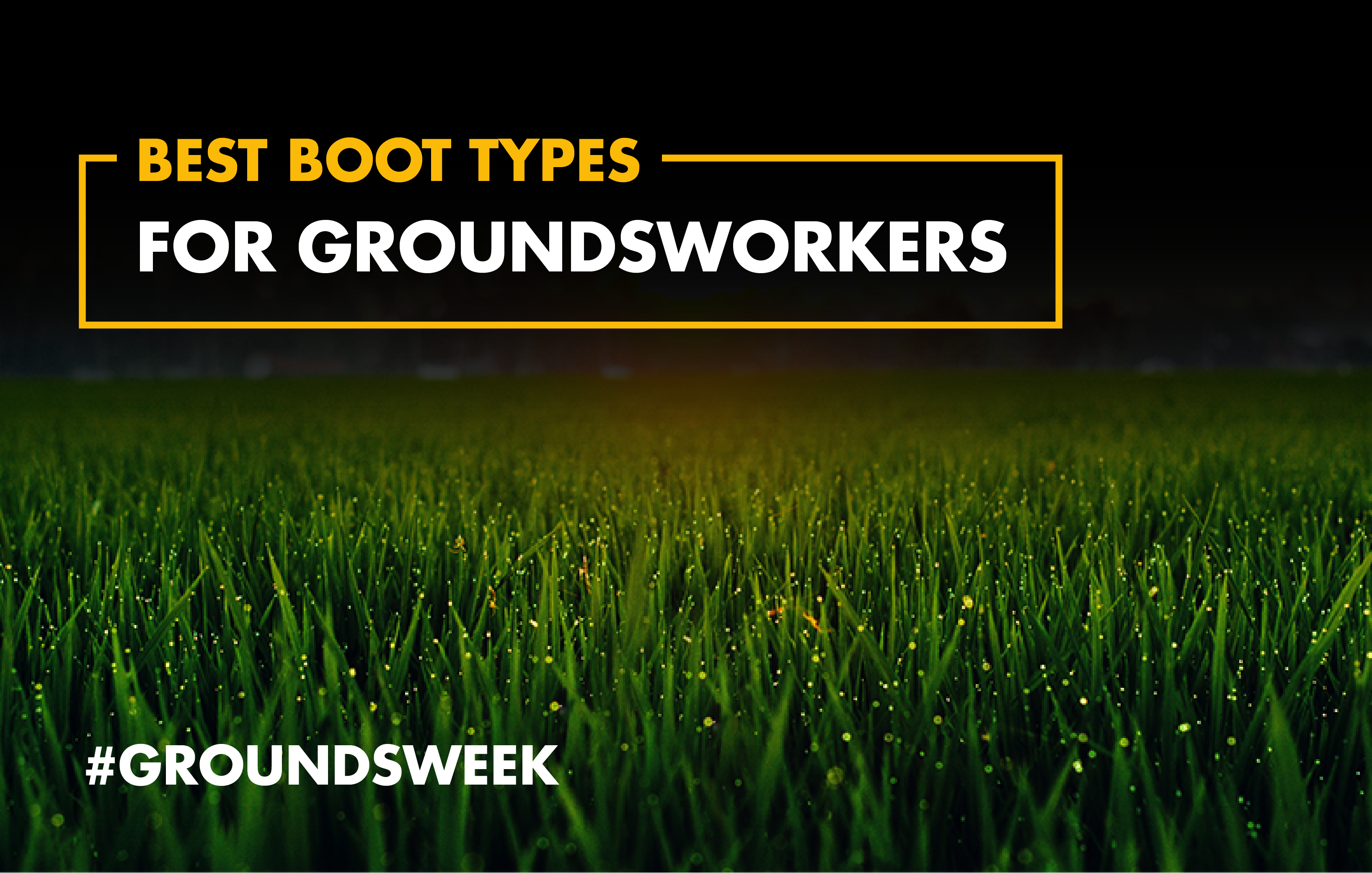 Grounds Week is a national awareness event that celebrates the world of grounds management and...