Leather vs Microfibre - Which has a Smaller Carbon Footprint?

Is a vegan boot a sustainable boot? If a product is plastic, can it ever be good for the planet? Which safety boot upper has the least negative impact on the environment?

In this blog, we explore all these questions, and in particular discuss the carbon footprints of leather and microfibre boot material, and draw on some expert opinion and statistics as well as our own experience to shine a light on some myths and misconceptions about sustainability and veganism in the footwear industry.

First, let’s get clarity with some key definitions.

Most of us know that leather is the tanned and treated skin of an animal. It is used in footwear because it’s durable, breathable, provides good water-resistance - and because it’s a natural material, it is considered biodegradable. The two animals most commonly used for the production of leather in footwear uppers is cow and buffalo, although it's important to note that he leather V12 obtains for its footwear is a by-product of the meat industry, so no animal loses its life in order to supply us with our raw materials.

So what’s A vegan-friendly safety boot? 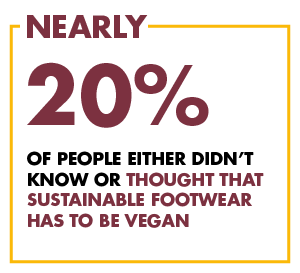 Because veganism and sustainability are both practices which aim to have a positive or restorative impact on the planet and the environment, they’re very often confused or lumped together. We often hear statements such as ‘sustainable products have to be vegan’ or ‘if a product isn’t vegan, it isn’t sustainable.’

We recently worked with Health and Safety Matters Magazine to conduct a LinkedIn poll asking whether people thought PPE products needed to be vegan in order to be sustainable. Interestingly, we found that nearly 20% of respondents said that they either thought sustainable footwear has to be vegan, or they didn’t know. As this is something we've done a lot of research into lately, we thought it'd be helpful for those unsure to have a bit of background information on these two things. 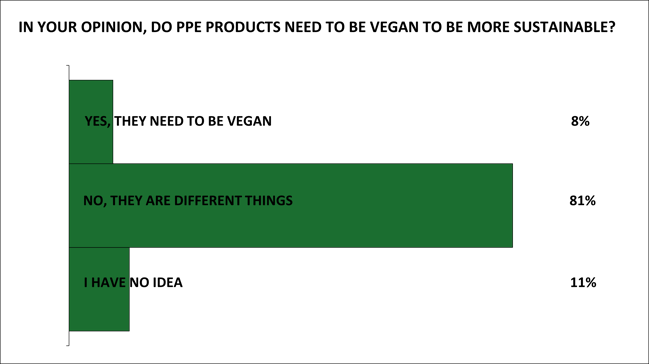 The bottom line is that 'Vegan’ and ‘Sustainable’ are very different concepts, and we urge consumers not to get them confused, because they are responsible for very different impacts and carbon footprints on the planet. Let’s look at the differences in their definitions.

The practice of avoiding the consumption or use of any product that has used animals or animal-derived material in its production.

A societal aim for the population to exist on Earth without permanently depleting its natural resources and causing harmful climate change.

Often the assumption is that vegan products made of material like microfibre are more environmentally friendly, but as footwear brand OluKai stated on their recent vegan footwear blog:

'It's important to remember that animal-free shoes are not always more environmentally friendly by default.’

To add to this, online product magazine Gear Patrol make the point that:

‘If lessening animal cruelty is the primary motivation behind your veganism, these shoes achieve that goal. But if general sustainability is the aim ... the situation is messier. Technically, the cheap plastic and foam flip flops that wash up on beaches around the world are vegan.’

This statement is supported by Bazaar magazine’s blog ‘Is Vegan leather worse for the environment than real leather?’ when it reveals that ‘13 million tonnes of synthetic fibres enter our oceans each year.’

However, others argue that even if you take into account the effects of plastic pollution, veganism is still better for the environment. In fact, researchers from University of Oxford calculated that global emissions would ‘decrease by 55 percent if everyone became vegan.’ 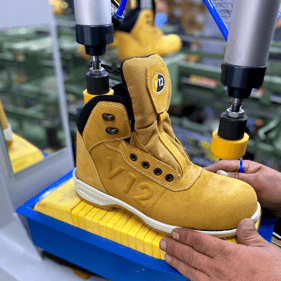 While Bazaar magazine’s vegan leather blog presents us with some very interesting and eye-opening information on the various biodegradable problems posed by vegan-friendly materials, it also reminds us that the leather trade is undoubtedly responsible for a significant amount of pollution and energy use:

‘The impact of real leather is driven by land use and GHG emissions associated with animal agriculture... As a result, this plays a major role in climate change, the management of water and biodiversity.’

It’s also worth noting that the tanning process when leather is treated also features heavy energy use and the introduction of potentially harmful chemicals.

TWO SIDES TO THE STORY

So, it’s clear that both leather and microfibre leave an environmental footprint. And the same ‘which is better?’ dilemma occurs in many other sectors across the globe - the fruit and vegetable industry for example. Many feel that meat production is unsustainable due to the high energy and water use it's responsible for, and so have turned to a vegetarian diet. But this becomes problematic if the increased volume of fruit and vegetables they consume are imported from abroad - arguably this isn’t more sustainable because air-freighted produce generates extremely high levels of GHG emissions.

Furthermore, fruit and veg is very prone to spoiling. Did you know that according to UN statistics, nearly 1/2 of all fruit & vegetables produced globally are wasted each year? And wasted products means the energy used to create them was also wasted.

THE WHOLE STORY – START AND END OF LIFE

There are two sides to these types of discussions. Or more specifically, two ends: the start and conclusion of the product’s life.

The leather trade uses a very large number of natural resources such as water as well as energy through transportation, although some also argue that while it creates a high carbon footprint at the beginning of its life, because it's an organic material, at least leather biodegrades.

With vegan leather which is polyurethane-based, the reverse is true. Its production processes are kinder to the environment and crucially the animal population, but it's true negative environmental impact comes at the end of its life, as its polyurethane construction could mean it stays on landfill for several hundred years.

Therefore it's fair to say that while vegan footwear is animal-friendly, it's not necessarily earth-friendly. Similarly, some may argue that while a leather product has a much less harmful impact at the end of its life, it’s responsible for considerable pollution and energy use at the start.

THE FUTURE OF SUSTAINABLE FOOTWEAR

We’re always going to need shoes, and while it’s true that a lot vegan footwear is not always biodegradable, environmental innovation is happening all the time. Many brands are now looking into how to use natural materials such as corn, algae, mushroom and pineapple to make clothing and footwear that's both biodegradable and resilient. 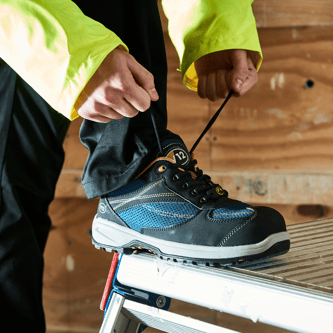 In the safety footwear industry where durability, pierce-resistance and protection are paramount – and in some sectors a legal requirement - it might be a little longer until a sustainable non-leather boot is developed, but if there’s one positive thing that a crisis brings, it’s ingenuity. So, who knows? Perhaps in a few years, we’ll be talking about much smaller carbon footprints for safety boots made of leather and microfibre. Watch this space!

Now you know the pros and cons of both these types of fabrics and the impact they can have on the planet, the decision you make as a safety footwear user is not whether or not you make an environmental impact. It’s about knowing the type of impact you make and making your own fully-informed decision.

Head to the V12 website to select your preferred safety footwear - whether you choose leather or microfibre, we guarantee you'll be walking with safety, comfort and durability.